Imagine you’re a fifth year graduate student. Your PI had a tragic accident and, unfortunately, is no more. You need a first author publication to graduate, but more experiments need to be done, a paper and eventually a thesis need to be written, submitted, reviewed; recommendation letters will need to be procured for post-doc hunting. Your funding is almost over, and you’re soon going to have to dip into your savings to pay for your food and rent for the foreseeable future. What do you do? You’ve done too much, but not enough (yet), for your degree – one which could help you climb the ladder for whatever profession you choose to pursue. And the uncertainties and vicissitudes do not seem to be ending anytime soon.

The situation I described is exceptionally dire, but scenarios in which PhD students are soon to run out of funding for reasons beyond their control are fairly common. PIs are often not involved in the early years of project design leading to unclear plans, for example. Another problem, perhaps affecting some countries or labs more than others, is the time it takes for reagents to be procured – dead time which is not accounted for in the PhD timeline. And then of course there is the endless cycle of peer review, which can push a student across the official deadline even if everything else went well. The repercussions of such delays mostly affect the student and not the supervisor. The student is the primary candidate to lose their stipend, for example. The student may not receive a degree. And of course, given the current system, there is no way to really hold a tenured PI accountable for their students’ performance in terms of timelines. So, instead of punishing the student, or thinking of ways to punish the PI, why not empower a graduate student?

What if there were more privately funded grants specifically for PhD students?

To clarify, the grants that I am talking about are not travel awards or special collaborative grants, for which there seem to be plenty of opportunities – Company of Biologists, EMBO Travel Awards, just to name a few. I am talking about fellowships that support graduate students, funding their project expenses and offering a monthly salary. Given that government grants are often inflexible, particularly with respect to how money is spent, it would be preferable that the grant be privately funded, without an unreasonable level of company-specific expectations from the student (1). This is often a concern in developing countries, and those countries in which federal funding for science is diminishing.

Who would be eligible, you ask? Any graduate student, really, although such grants would be best acquired at a later stage in the graduate program, which is the critical period when people run out of money.

On what grounds would an application be evaluated? In my opinion, successful applicants would typically not have a first author publication (hence the need for extension), but demonstrate holistic development in graduate school and contributions to the scientific community in other ways. For example, participation in a group project (i.e. a second/third author publication), or a position as a teaching assistant, or participation in a workshop/conference (as a first author or organizer), just to name a few. Graduate school is unlike any prior degree, with each person’s trajectory being different. Yet, there are ways to substantiate a contribution to the scientific community and demonstrate the need for extra support in finishing graduate school requirements.

Why have such grants at all? Firstly, it would allow a graduate student to extend their stay in graduate school if necessary, without having to work for free (or reduced pay) and worry about the financial burden, allowing them to focus on the science. Purists may argue that this is unnecessary, and that the task of acquiring funding should rest with the PI alone, and not a graduate student, and that this would be yet another task added to the already long list of responsibilities of a grad student. I disagree. Although a PI should preferably have backup funds to accommodate a PhD student’s degree extension, there are benefits to applying for grants at any stage of a researcher’s career. Moreover, having one’s own grant gives a student a certain degree of autonomy over and above the financial independence. Lastly, this does not need to be the responsibility of the student alone, but rather a grant applied for as a PI-student team, to ensure accountability from the supervisor is not forgotten.

Trainees all have unique trajectories, but financial stability and independence should be a staple of every grad student’s degree, from start to finish.

The grant application process is long and complex, and is typically thought of as a skill required of (and acquired by) a post-doc. However, post-docs having to learn on the job takes away time during the valuable initial years of post-doctoral training. Instead, grants aimed at graduate students could enable grant-writing training to be delivered in a piece-meal fashion, instead of all at once during post-doctoral training. Writing grants is also a typical task of a PI, and it would benefit graduate students to attempt the task at least once during their grad school tenure, to get a flavour of what it would be like to be a PI before going on to doing a post-doc or becoming faculty, and then not enjoying the job.

Acquiring a research grant demonstrates that the applicant was not only capable of formulating and defending ideas for a big project, but also planning for and managing logistics. It can significantly boost a grad student’s confidence, as well as their CV. This could aid their transition to whatever career path they are interested in pursuing, regardless of whether or not that happens to be in academia.

However, few grants, if any, exist today that are targeted to this crucial demographic of the scientific community. There are scholarships which support graduate research, of course. The Fulbright Fellowship for US citizens, for example, to study in the UK or the Gates Cambridge Scholarship, meant to support a graduate student at Cambridge University. However, neither of these is a late-stage PhD grant, merely scholarships to support graduate school applications.

There are few grants that I know of that support graduate student applicants, especially flexible ones that allow them to work on their projects without having to worry about their monthly salaries. One that I know of is the Student Research Award by the American Society for Naturalists. I would love to see more such grants available to graduate students from all over the world.

I realize that something like this is not common practice, and hasn’t been done in the past – after all, students get fellowships for fixed durations, right? And their PIs must have money for their projects. So these grants I am proposing are needless. That would be true in an ideal world, which we do not live in. Scientific research is an uncertain and risky undertaking, rife with potential conflicts of interest, and if we don’t allow room for flexibility and empower those who are at the lowest rungs of the ladder, we’re working against progress. I would like to be a facilitator of progress. Wouldn’t you?

About the author: Aalok Varma (@varmaalok22) is a graduate student at the National Centre for Biological Sciences, Bangalore, India.

Acknowledgements: I would like to thank Devang Mehta (@drdevangm; University of Alberta) and Carolina Makowski (@carolinamak15; University of California San Diego) at the ECRLife Blog for giving me a platform to pitch this idea and for editorial help, respectively, via the eLife Community Ambassadors program. I would also like to thank Aparna Agarwal (Graduate Student, NCBS, Bangalore) for pointing me to some resources for this. Shannon Olsson (Faculty, NCBS, Bangalore) and Mugdha Sathe (Post-doctoral fellow, HHMI/UW, Seattle) were kind enough to read an early draft and give me valuable critical feedback. I sincerely thank them for the same.

About the comic: “Piled Higher and Deeper” by Jorge Cham. Originally published 4/21/2010.

Footnote (1):  I acknowledge that private grants can come with strings attached, which is beyond the scope of this particular article. I welcome discussion regarding this. 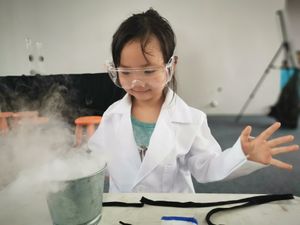 Building a Technology-Savvy Workforce to Drive the Future of Research 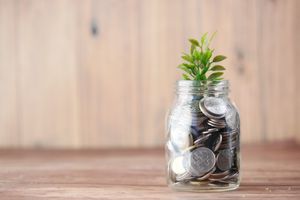