Does science have a gender? Looking at diverse fields in Science, Technology, Engineering, and Mathematics (STEM) and finding mostly men, it would seem that science is done by men, for men. The underrepresentation of women in STEM actually speaks volumes about our biases and slows scientific progress. Studies have shown that gender-diverse teams often perform better than teams composed of only men or only women. Hence, STEM would greatly benefit from the participation of more women, but the road has been very challenging. Here, we will focus on the increasing role of women in STEM and how we can play a part in supporting this trend.

One crucial aspect that we can all work on is to challenge outdated gender roles. The way society perceives specific professions and its role models contributes to shaping gender roles that influence career decisions. By the time students reach the graduate level, a large disparity between genders can be observed, particularly in prestigious math-heavy PhD programs. These elite PhD programs often use high Graduate Record Examination (GRE) scores as an entrance requirement. In the United States, it’s been shown that women score on average lower on the GRE math exam, potentially due to false differences in “self-perceived” math ability between genders. These internalised biases may be putting women at a disadvantage even before entering graduate school.

After graduate school, STEM fields fail to retain women as they progress through different stages of their career, resulting in the tendency for women to have shorter career lengths. In academia, only 17.4% of tenure and tenure-track faculty in various U.S. colleges of engineering are women (less than 12% in aerospace engineering). This lack of gender diversity leads to questions on why STEM work environments seem to be more welcoming to men compared to women. Interestingly, women are better but not equally represented in some disciplines compared to others (e.g. biology compared to computer science). However, women are still underrepresented in specific biological fields such as bioinformatics.

Recently, the COVID-19 pandemic has further amplified the barriers to both equality and equity that are often faced by women in STEM. Typically, women spend more time than men on “care work" such as child care and household labour.

Gender gaps in career development can also be tied to discrimination in the recognition of work. For example, women are less likely to appear as first authors or even co-authors when the last author, most often the primary investigator of the study, is a man. Research also shows that women most often appear second in the author list even when they share first authorship with a man. These patterns of women not receiving equal credit for equal work and gender biases in peer review may contribute to the gaps between genders in research funding success rates. A recent publication generated quite a bit of controversy by suggesting that women tend to be less productive when mentored by women than when mentored by men. While the research design of this paper was flawed, and this data should by no means be used to encourage students to favor men as supervisors, we believe this study does raise important points on how the systemic issues related to gender that we highlighted above can influence mentor-mentee relationships.

Recently, the COVID-19 pandemic has further amplified the barriers to both equality and equity that are often faced by women in STEM. Typically, women spend more time than men on “care work" such as child care and household labour. While working from home during the pandemic, the unequal distribution of care work might explain why women have been publishing less and starting fewer new research projects than men.

Although the challenges may seem overwhelming, progress has been made. For example, the proportion of women first authors in papers has increased slowly with time. Similarly, the number of women in the US with PhDs has increased steadily over the past 50 years, and in 2017, women earned more PhDs than men overall. In a 2015 study, women were preferred over men for STEM faculty positions. This progress is supported and promoted by a number of organizations that are dedicated to advancing women in the sciences from a variety of angles. One such example, the Association for Women in Science (AWIS), strives to provide “research and analysis on contemporary issues relevant to America’s STEM enterprise.” AWIS members actively engage in local and federal-level policymaking, participating in activities that range from contacting local legislators to speaking to federal lawmakers about top policy issues in Washington DC. A second organization that promotes gender-neutral science is 500 Women Scientists. This organization was launched through grassroots efforts by women who wanted science to be more inclusive to diverse groups. In their 2019 annual report they detail their efforts, including initiatives such as Fellowship for the Future, a leadership program which pays women scientists of color for their work on building more inclusive and equitable communities. These organizations and other women-to-women mentorship efforts may account for the gradual improvements that women are experiencing within STEM fields.

Towards a more inclusive future for women in STEM

The above trends help paint an improving picture for women in STEM. Still, we must continue our efforts to expand improvements within all STEM disciplines. Part of the effort must focus on understanding why some fields have small numbers of women. While biases in the STEM community can affect retaining them, it is also important to look at how social perceptions of gender and careers might prevent them from entering in the first place. Young children internalize gender roles at very early ages, therefore it is important to avoid showing disciplines as gender-specific. One way to do this is to show women as role models in different fields, as well as promoting an inclusive environment in the classroom. An inclusive teacher will apply the same rules for prizes and punishments to everyone, use inclusive language such as “you all” instead of “you guys” when referring to a whole classroom, and promote collaboration between genders rather than competition. Ultimately, the goal is to show everybody that their participation in the activities at hand is valued and meaningful.

Women are doing their part by communicating their needs and making actionable progress to address gender bias in STEM, but men also need to take part in fixing long-standing gender inequities.

The next step is to tackle the factors that cause women to leave STEM. In academia, funding opportunities play a key role in retaining scientists at different career stages. As such, biases in the application and evaluation process should be avoided. There are many measures we can take to reduce such biases. Efforts should be made to have a diverse set of judges who should always have a clear and transparent evaluation process. Eligibility conditions and award lengths could also be revised to avoid penalizing women due to apparent losses of productivity resulting from pregnancy and maternity leave. Faculty members should also aim for a 50-50 men-women ratio in their students and when inviting guest speakers for workshops, seminars, or conferences. Once institutions finalize these measures, they can implement active monitoring and establish clear goals to evaluate their efficacy.

The GENDERACTION initiative efficiently addresses these concerns as part of the Horizon projects of the European Commission. This institution encourages participants to increase and improve gender statistics studies in order to identify the status of the problem and improve gender equity. They also collect data on the sex-disaggregated success rates of applicants and promote gender-inclusive language. Similarly, this initiative seeks to ensure gender balance in the composition of evaluation committees, as well as in research teams and in decision-making. Last but not least, it incorporates the design of effective work-life balance measures.

As you can see,  there are still significant challenges we need to overcome in the fight against gender disparities in STEM but consistent efforts throughout the years have started turning the tides. STEM has progressively become a more inclusive environment for women by doing a better job of recognizing their work and defending their interests through different associations. Women are doing their part by communicating their needs and making actionable progress to address gender bias in STEM, but men also need to take part in fixing long-standing gender inequities. Cis white men have been largely benefitting from the current structure, thus placing them in a position to make meaningful change. Continuing to build on these successes will require a concerted effort at all levels, active monitoring of results, and the cooperation of all members of the STEM community. As such, we invite Early Career Researchers to join these efforts to continue to make all disciplines in STEM a more equitable and inclusive environment.

Caitlin M.A. Simopoulos is a Postdoctoral Associate at the University of Ottawa who studies the gut microbiome through computational biology. She also aspires to make science accessible to everyone.  Connect with Caitlin via email or Twitter

Angel F. Cisneros is a PhD student at Laval University who studies the evolution of protein-protein interactions. He loves getting involved in initiatives promoting science communication and diversity. Connect with Angel via email, or Twitter.

Adelita D. Mendoza is a Postdoctoral Associate at Washington University in St. Louis Missouri who studies zinc homeostasis and trafficking. She is also enthusiastic about science journalism and engages in advocacy efforts for people in the BIPOC community in STEM. Connect with Adelita via email, or on Twitter.

Carla Bautista studies evolutionary biology at Laval University and has a great interest in scientific outreach. Connect with Carla via email, or on Twitter.

Jacob L. Steenwyk studies evolutionary genomics at Vanderbilt University and is passionate about matters of diversity and inclusion. Connect with Jacob via email, or on Twitter.

Nashrah Ahmad is a PhD student at Kent State University who studies inflammation in osteoarthritis and is very interested in scientific writing. Connect with Nashrah via email.

All authors are members of the Genetics Society of America Early Career Leadership Program Communications and Outreach Subcommittee. 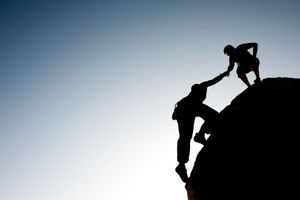 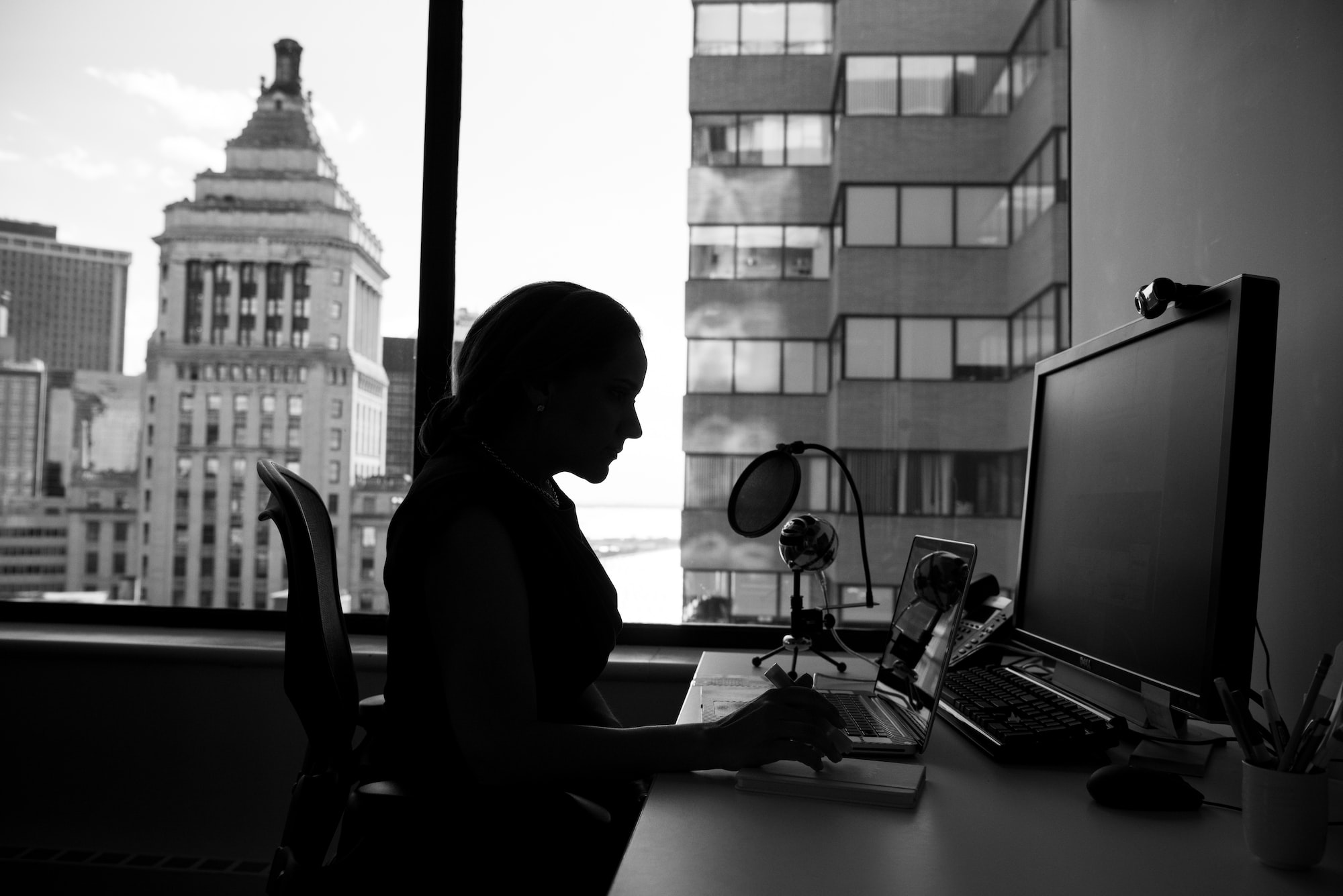 The Science of Invisible Women 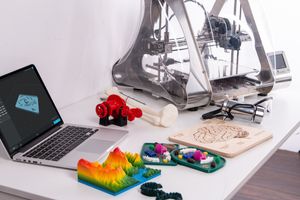 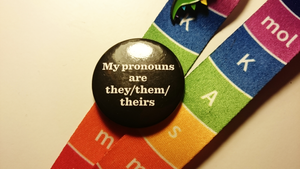 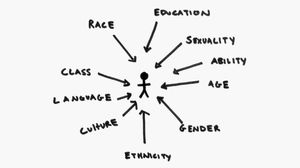 Intersectionality: what it means