If we have to thank someone for the growth and expansion that ecrLife has had over time and (virtual) space, it is Devang Mehta (DM). He is a fundamental pillar of our editorial team, and was the main precursor who transitioned our blog into an international outlet. He is also a very active and committed member of the Early career advisory group (ECAG) -who advise the senior management at eLife-, and has been instrumental for several of the group's initiatives, like the Ambassadors program. Apart from his efforts with eLife, Devang has written a significant amount of articles highlighting issues in the research culture, like "Highlight negative results to improve science", "The Green Revolution did not increase poverty and hunger for millions aiming to support minorities", "Lab heads should learn to talk about racism", and others that you will discover while you read this post. He has done such a big amount of work for the research community, in different organisations and departments, that it just doesn't all fit in this introduction. Let's say no more! (we are just so proud of him). Today, we are happy to introduce you to: Devang Mehta.

In a few sentences, could you introduce yourself, tell us where you are (both geographically and along your career path?) and what you study?

DM: I am an Indian plant biologist and am currently working as a postdoctoral fellow at the University of Alberta in Edmonton, Canada. I’ve been working here in the frigid north since mid-2018 after finishing my PhD in plant biotechnology at ETH Zurich in Switzerland. I grew up in Bombay in western India and pursued an engineering undergrad in biotechnology at VIT University in southern India before moving to London, UK for a Masters in systems & synthetic biology at Imperial College London. By now I’ve worked on a bunch of very different topics, from inventing a method for population sequencing of circular viruses, conducting a field trial of GMO plants in Kenya, and now using mass-spectrometry to investigate plant proteomes. My longer term vision is to study how plants adapt to new environments as they migrate northwards due to global warming near the Equator.

What do you enjoy the most about being a scientist?

DM: The freedom to ask questions, and getting paid to just satisfy my curiosity every day! I really like being able to dabble in a whole range of topics, and to work with different kinds of people, from computer scientists, to policy-makers, ethicists, and agricultural applied scientists. I’m really curious by nature, like most scientists I suspect, and I really like university life, attending lectures on completely different fields of science, and teaching the next generation and so on. I’m also a science writer and communicator so I also really enjoy speaking to, and writing for, non-scientists about all the cool stuff scientists can do with things like genetic engineering.

What is the greatest scientific challenge you have overcome so far?

DM: Before starting grad school I hadn’t realised just how much of actually doing science involves dealing with failure. Working through failed experiments, projects, or rejections in grant applications and paper submission (sometimes quite harshly worded too) and holding onto some semblance of optimism is really hard. Building the resilience to be able to do that is definitely the biggest challenge I’ve faced (and continue to) in science. More specifically, the biggest scientific challenge I’ve overcome was getting a paper from my PhD published. We had discovered that conclusions made by two other papers by some leading labs in the field didn’t really hold water and we kept getting knocked down by reviewers and editors. In the end we did manage to get our work published in a good journal but the experience definitely shook my trust in the scientific process.

What is the main change that you would like to see in the scientific community?

DM: Honestly there are so many problems that need fixing in science, from the exploitative publishing industry, endemic racism and sexism, the lack of adequate pay for graduate students, lack of full-time research jobs, to fraud and data manipulation. But fundamentally they all boil down to a culture that values prestige over talent, and your academic heritage (famous universities and big-name labs) over true merit. I would really like to see a cultural shift towards less inequality, more kindness, and more genuine curiosity in science.

What motivates you to communicate science?

DM: I really like sharing the wonder that scientific discoveries and technological advances evoke in me. Whether it’s the quirks in evolution or the potential of genome editing, scientific discovery is probably the most hopeful human endeavour and sharing that with non-scientists is one of the reasons I write and talk about science. My other motivation is to try and help change the culture of science through my writing, from criticising the Nobel prizes to asking scientists to start talking about racism in our profession.

What is your favorite thing about ecrLife?

DM: ecrLife is really special because of how directly it amplifies the voices of early-career scientists of all stripes, from literally all over the planet. So many other platforms that scientists use to communicate to the community are so heavily curated and only showcase a few voices, usually older scientists from the US or Europe. ecrLife stands apart because it is so inclusive and because the articles it publishes are so raw and powerful.

Bonus question: Which ecrLife blog post speaks most to you, and why?

DM: I could never pick just one, but there are three that I think really spoke to me. Shawn Tan’s very personal essay asking scientists to acknowledge our own vulnerability and to not lose our humanity in pursuit of objectivity really spoke to my own experiences in science. In a somewhat similar vein, I really enjoyed Shravanti Suresh’s beautifully written article about how the pandemic and the break it provided from routine lab life revived her love for science. It was such an unusual and poignant pandemic story and yet one that really resonated, I think. We’ve all experienced those really rough moments when it feels like we’re the only people failing in the lab and everyone else seems to be coasting along with incredible results. Both Shawn and Shravanti did an incredible job of bringing home the point that scientists need to start acknowledging our failures along with the occasional successes. And finally, I highly recommend Dori Grijseel’s story about their life as a trans scientist and the challenges they face daily dealing with stuff that cis scientists like me take for granted. I thought it was an incredibly brave article and it certainly opened my eyes to the life of trans members in our community and the simple and meaningful actions we can take to make them feel more welcome in science.

About the Author: Devang is a member of eLife's Early Career Advisory Group and a postdoctoral researcher in plant genomics at the University of Alberta in Canada. Devang has previously written about research culture for Nature and is a science communicator with work featured in Massive Science, WHYY (NPR), Slate, Salon, and the Wire among others. Follow Devang on Twitter @drdevangm. 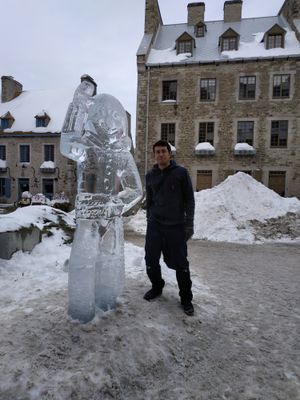 Getting to know our editorial team: Angel Cisneros 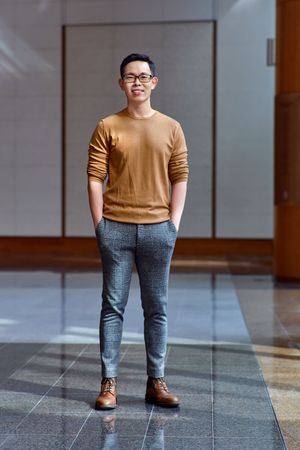 Getting to know our editorial team: Andy Tay 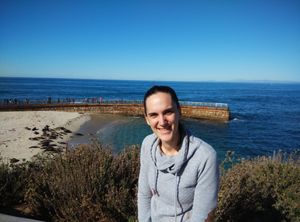 Getting to know our editorial team: Nele Haelterman 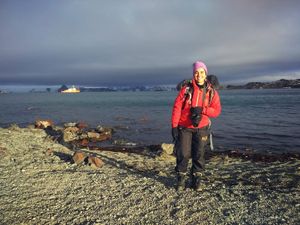 Getting to know our editorial team: Carolina Quezada 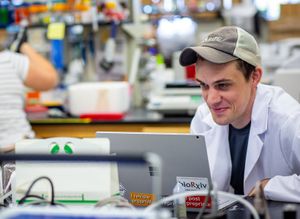 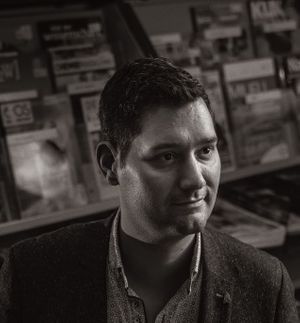 Getting to know our editorial team: Ewoud Compeer